The Post-Graduate Program of Classical Letters 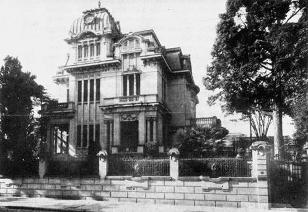 Created in 1971, the main goal of the Post-Graduate Program in Classical Letters of FFCLH (Faculty of Philosophy, Letters and Humanities) of the University of São Paulo (USP), is to prepare researchers committed to scientific and academic development in Greek and Latin Literatures and languages, both at the Masters and Doctoral levels. Therefore, the Program aims to provide a solid education for its students to interpret Greek and Latin prose and poetry, in studies at the highest level and in dialogue with leading international research and researchers. Moreover, we also study the ways and means of the reception of those Classical texts from the Antiquity. Our Program thus provides its students with the competence for Ancient Poetic and Rhetoric, for exegetical methods of the Classical Philology and also for knowledge on modern literary and linguistic theories and the Analysis of Speech.

The relevance of those goals is due, firstly, to the difficulty of access to Greek and Latin prose and poetry, whose languages are not spoken anymore, and whose conventions are not well-known nowadays, and so their interpretation demands the expert scholars´ mediation ; secondly, our Program´s importance is also rooted in the fact that the investigations accomplished by our students establish historical relations between the old and the modern, and interdisciplinary relationships between poetry and education, theater and politics, oratory and law, among other possibilities.

In order to fulfill those goals, the Program established in its rules a set of parameters that ensure not only the maintenance of our pre-existing quality level, but also the continuous improvement of its activities.

In terms of the criteria for the admission of students, that occurs every semester, our selection process demands three stages: 1) a proficiency exam in modern languages; 2) a proficiency exam in Greek or Latin; and 3) an evaluation of the research project presented by the candidate, in which its insertion into the Program is considered, as well as its coherence, pertinence and bibliography. At that time the candidate´s academic curriculum is assessed as well. Finally, the candidates are questioned by a committee composed of members of our Program in order to clarify aspects of his/her project or curriculum.

Considering the peculiarities involved in the acquisition of the basic competences for research in the field of Classical languages and literature, and in view of the extra difficulty the degrees present in translations and studies that must contemplate also the time, distance and cultural context (not only linguistic, but also religious, historical, etc), our Program presupposes and permits deadlines that are generally a bit longer than the usual. Therefore, our rules allow 36 months for a Master´s Degree, 48 months for a Doctoral Degree and 68 for a direct Doctorate (without the prerequisite of a Master´s).

As for the teaching staff, all of our members hold a PhD degree and a significant majority have a post-doctorate qualification carried out in the most recognized centers of excellence.

Our Program also aims to develop its Research Groups. It houses nine Groups, all of them certified by CNPq: 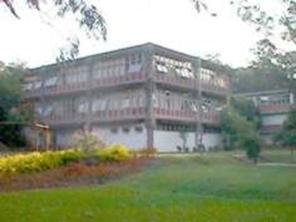 s a journal, Letras Clássicas, and organizes regular events, in which guests, both national and international, present papers along with our students.

We have, for example:

The Symposium of Classical Studies;

The Post-Graduate Seminar in Classical Letters;

The Study Week on the Hellenist Period;

The Colloquium: Visions of Antiquity;

and many others, organized by our Research Groups (for example, the Meeting ‘Authors of Renaissance’).

The Post-Graduate Program in Classics continues to concentrate its efforts on improving in all possible ways and maintaining its high standards of excellence in an area in which we are the reference.

. Greek and Latin Poetry and Prose

The area of research Greek and Latin Poetry and Prose supports projects that investigate: 1. the Ancient narrative, both in verse (epic) and prose (historiography); the Ancient drama (comedy, tragedy and satire) and the relationship between theater and ethics, politics and philosophy; 3. the Ancient lyrics (odes, epigrams, epodes, etc), the satire and the didactic poetry.

The area of research Greek and Latin Theoretical Discourse is constituted of projects that investigate: 1. Rhetoric and Dialectic; 2. the several Ancient practices and theorizations on speech, such as grammar, arts and techniques, oratory, etc; 3. the presence of the so-called mythology in the literary and philosophical works; 4. the Ancient languages as instrumental and vehicular idioms; 5. the teaching of the Ancient languages (Greek and Latin); 6. the Classical reception by Christian authors and in the Renaissance.

The course of study begins in the first or second semester of each academic year in accordance with the academic calendar of the University.

A Master’s dissertation is recognized as theoretical or critical written research about a topic relevant to the area of Classical studies, generally accompanied by a translation into Portuguese from an Ancient text. It also includes a comprehensive bibliographic review about the topic of study and presents an elaborately relevant theoretical foundation and a clearly-developed argument which reflects the capacity of the student’s command of the scientific method and the norms of ABNT. 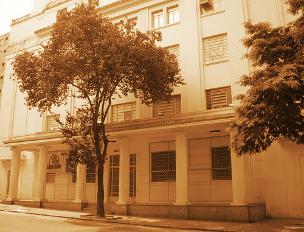 ​​​​​​​The course of study begins in the first or second semester of each academic year in accordance with the academic calendar of the University.

A doctoral thesis is recognized as original, theoretical or critical written research about a topic relevant to the area of Classical studies, and represents a significant contribution. It must include a vast and updated bibliography on the topic of study, present an elaborate, relevant theoretical foundation and a clearly developed argument which is advanced and original and reflects the student’s field of the scientific method. It must also follow the norms of ABNT.